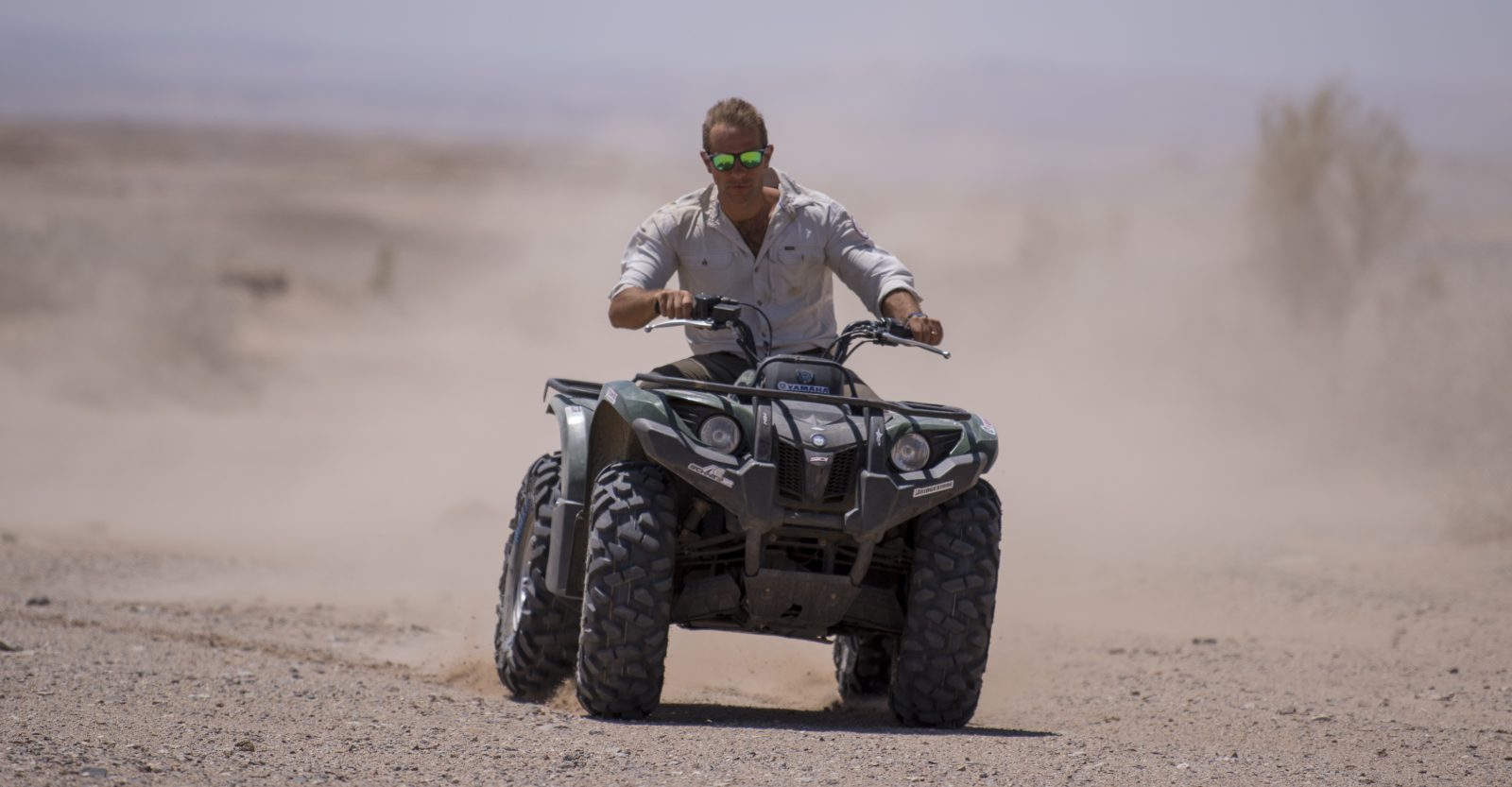 Who is Matt Prior?

World Record Holder for the Highest Altitude Reached by a Taxi – 17,143ft.

Matt has lived and worked across three continents and after completing his degree he served for six years in the Royal Air Force flying Tucanos and Hawks before being subject to the UK Defence cuts. Since his teenage years he has travelled to over one hundred and twenty countries. Some of the more interesting include: Argentina, Bhutan, Bolivia, Botswana, Chile, China, the Falkland Islands, Iran, Kazakhstan, Kenya, Lesotho, Mongolia, Nepal, Norway, Russia, Peru, the Philippines, Saudi Arabia, Tanzania, Tibet, Turkmenistan, the UAE, Ukraine, Uzbekistan and Zambia. He is the Director of the Explorers Club (Hong Kong Chapter) and over the years has been sponsored by big brands such as GoPro. He is an Adventure Consultant for Red Bull, a pioneer for the Adventurists, a qualified Wilderness First Responder, Commercial and Paramotor Pilot.

As a British Military Overseas Expedition Leader he led several multi-discipline expeditions across the world and gained experience in the selection of HM Forces next generation of Officers. He has ascended various famous peaks across five continents, with the highest being just short of 20,000ft (6000m).

Matt is an award winning photographer who has had his work published internationally in magazines, journals, news articles and online.

See some of Matt’s pictures from previous trips >> HERE <<

Matt has been approached by National Geographic, the Discovery Channel and the BBC for his overland expertise and willingness to push boundaries. He recently conceived and led The Explorers Club Roy Chapman Andrews Centennial Flag Expedition to the Gobi Desert. Partnering with Mongolia’s Institute of Paleontology and Geology, the expedition deployed the latest technology, (the same used by NASA to explore Mars) to help set up the next millennium for untold scientific discoveries, specifically uncovering new species of dinosaur fossils. The expedition discovered and excavated 250 new dinosaur fossil locations, three new species (TBC) and identified five entirely new locations for prospecting in the future.

He has embarked on numerous unsupported expeditions, all of which were on a shoestring and have received global coverage in different guises:

There’s more in the pipeline and he’s always open to suggestions, opportunities and pushing boundaries. Aspirations include space expeditions and exploration! 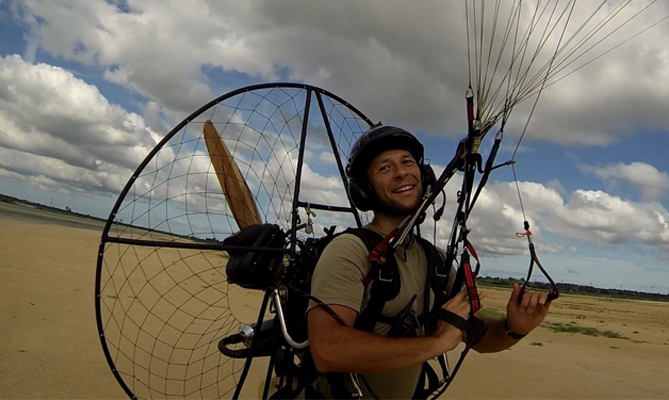 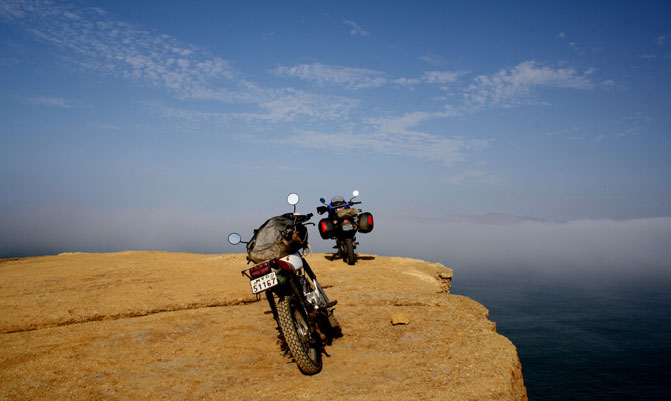 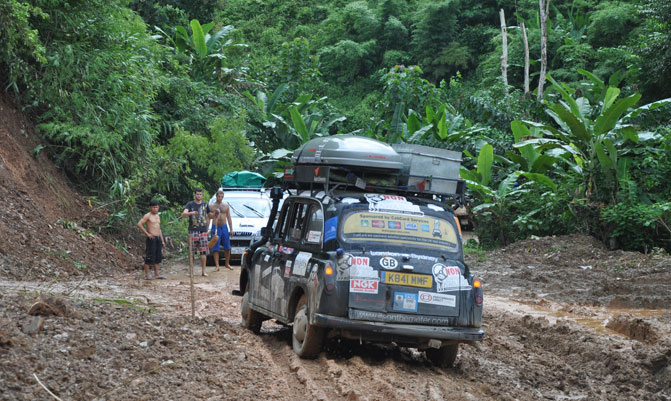 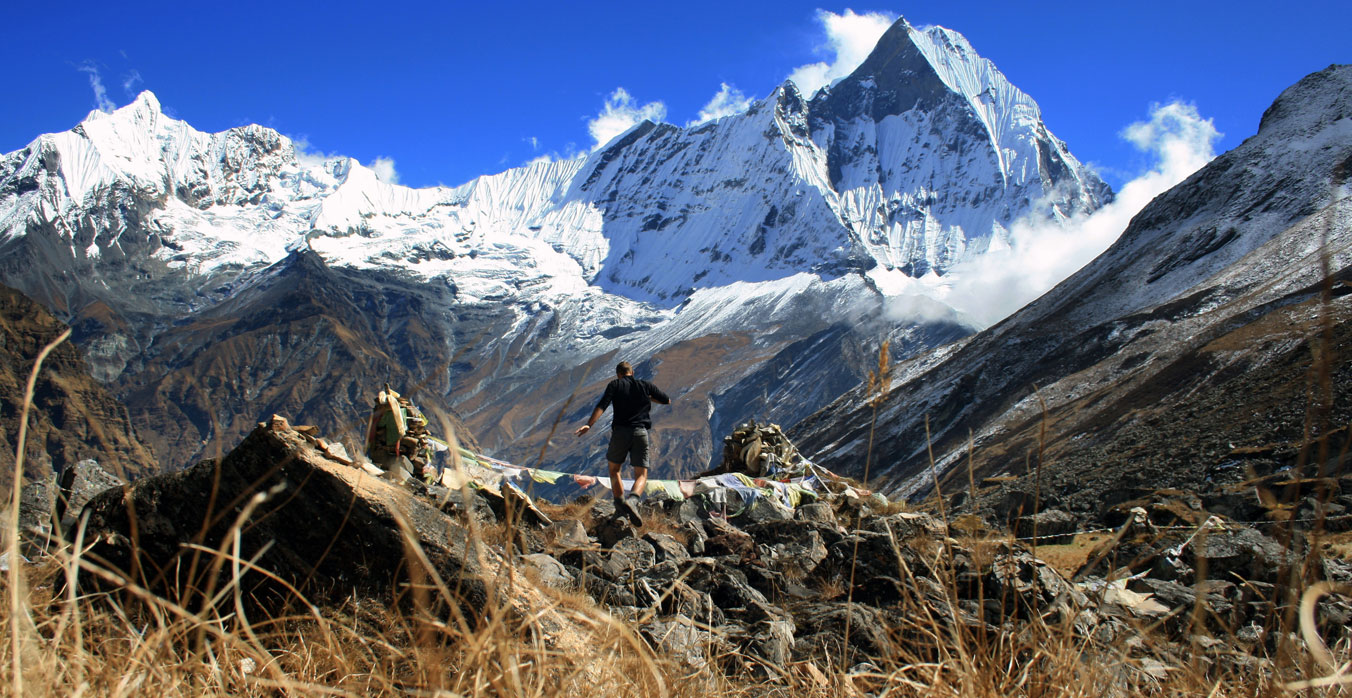 Origins of the course concept in Matt’s own words

The idea came to me after a trip to Indonesia with my girlfriend. We’re always looking for places that are relatively untouched and that not many people go to and this particular area seemed ideal. With very little information available, the plan was to get a small motorbike and just go and explore. In the end we decided on a motorbike each due to the distances we were looking at covering with the kit we had. She was a little reluctant at first, with her own motorbike, but I knew if we took it easy she’d be ok. We climbed volcanoes and explored the area by foot, boat and motorbikes. I was able push things a little and show her the sort of things I like to get up to whilst also testing myself physically and mentally. Throughout the trip she had a constant smile on her face, despite the challenges we faced.

It was only after we were flying home that I realised in essence what we’d just done.  I’d effectively provided an introduction to the sorts of trips I live for.  This was with someone who’s not really done anything quite like this before, with limited experience on a motorbike, in a basic developing nation with various physical and mental challenges along the way. Then all these excuses came rushing to my head that I’ve heard in the in the past regarding adventures:  ‘I wouldn’t know where to start’, ‘It’s too dangerous’, ‘I don’t have the time’,  ‘I don’t have the confidence’ etc. I also had Al Humphrey’s idea of the ‘Microadventure’ in my head. He did something very similar in the way that he also tried to come up with a solution to answer all these excuses.  I’ve tried to do the same, but in my own niche. I wanted to try and combine “teaching” with “on the job” experience. Having completed my own academics and endless research in the past, I find it’s boring, takes up a lot of time and, yes it can lead you in the right direction, but it doesn’t really show you.

I’ve attached my name to the company as my previous experience is relatively unique and that’s what the course will based upon. (It’s also a little tricky to get a good url these days!) The aim is to pass on what I have learned and how I do things. This is not to say that this is the right way, it’s just my way. It will cater for most ideas no matter how wild they may be. If you want to push the boundaries, this is a great intro to what you can expect and how to tackle it.

The big thing for me is that this is about passion for adventure and the genuine desire to allow others to really see and experience what impact it can have on your life. I love the country of Indonesia, overland travel, adventure, mentoring, giving back, meeting new people, showing them what they’re capable of and helping them develop and achieve what they set out to do. So once I had made the decision I was going to do this, I focused all my efforts to get this idea up and running as soon as possible, with the aim being to provide the best possible value and experience. I really want this to grow organically by word of mouth and reputation. As it has my name on it I better to do a damn good job!